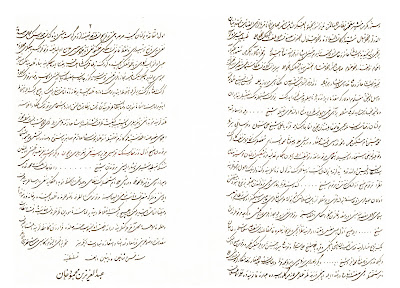 (Balyuzi, 'Baha'u'llah, The King of Glory')
Explicit orders had been issued by the Sultan [‘Abdu’l-Aziz] and his ministers to subject the exiles, who were accused of having grievously erred and led others far astray, to the strictest confinement. Hopes were confidently expressed that the sentence of life-long imprisonment pronounced against them would lead to their eventual extermination. The farman of Sultan Abdu'l-'Aziz, dated the fifth of Rabi'u'th-Thani 1285 A.H. (July 26, 1868), not only condemned them to perpetual banishment, but stipulated their strict incarceration, and forbade them to associate either with each other or with the local inhabitants. The text of the farman itself was read publicly, soon after the arrival of the exiles, in the principal mosque of the city as a warning to the population.
- Shoghi Effendi  (‘God Passes By’)