1954: First Spiritual Assembly of the Baha'is of Jakarta, Indonesia 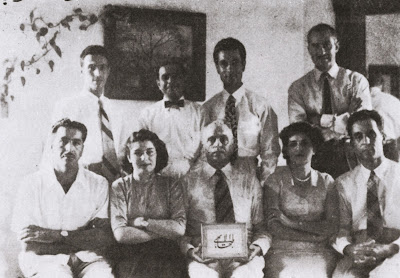 By the leave and permission of the King of the Age, this Servant journeyed from the Seat of Sovereignty [Tihran] to ‘Iráq, and dwelt for twelve years in that land.  Throughout the entire course of this period no account of Our condition was submitted to the court of thy presence, and no representation ever made to foreign powers. Placing Our whole trust in God, We resided in that land until there came to ‘Iráq a certain official [1] who, upon his arrival, undertook to harass this poor company of exiles. Day after day, at the instigation of some of the outwardly learned and of other individuals, he would stir up trouble for these servants, although they had at no time committed any act detrimental to the state and its people or contrary to the rules and customs of the citizens of the realm.

Fearing lest the actions of these transgressors should produce some outcome at variance with thy world-adorning judgement, this Servant despatched a brief account of the matter to Mírzá Sa‘íd Khán [2] at the Foreign Ministry, so that he might submit it to the royal presence and that whatever thou shouldst please to decree in this respect might be obeyed. A long while elapsed, and no decree was issued. Finally matters came to such a pass that there loomed the threat of imminent strife and bloodshed. Of necessity, therefore, and for the protection of the servants of God, a few of them appealed to the Governor of ‘Iráq. [3]
Read more » 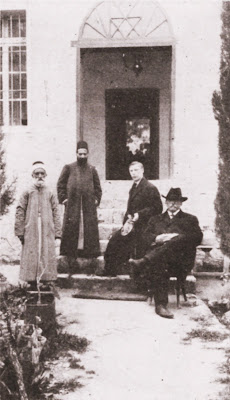 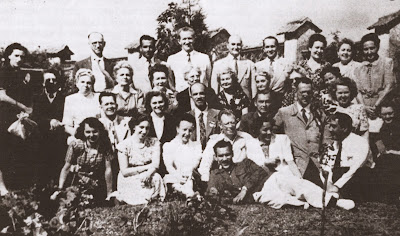 1927: The Western Pilgrim House in Haifa 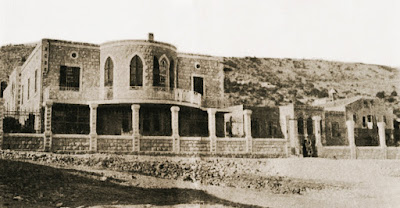 Yesterday a Dutchman arrived here from Port Said, the first Dutch Bahá’í, so far as we know. He has been a sincere and earnest truth-seeker for years. About 9 months ago he left his home at the Hague and walked on foot through Belgium, France and Italy. Then he felt some inward urge to go to Egypt, and travelled thither by a Dutch Cargo Steamer. When the steamer arrived at Port Said Mahmood Effendi, one of the Port Said Bahá’ís came on board and was introduced to Mesdag (the Dutchman). They struck up a friendship at once and after 2 days Mesdag went to live in Mahmood’s house. There he met Martha Root, Mr. Schopflocher and various other Bahá’ís, read my book [Dr. Esslemont’s: ‘Baha’u’llah and the New Era’] and became thoroughly interested and seems now already a firm believer. He has already, since his arrival yesterday morning, translated our 8-page folder into Dutch and we hope he will be able to do much to make the Cause known in Holland and win adherents there.

If one travel in the central desert of Asia, he will observe how many cities as great and populous as Paris or London have been ruined. From the Caspian Sea to the River Oxus naught is to be seen save forlorn and deserted prairies and deserts. The Russian railway (the Trans-Caspian R. R.) takes two days and two nights to traverse the ruined cities and destroyed villages of that desert. There was a time when that land was very populous and in the highest state of civilization and development; science and knowledge were wide spread, the arts and professions established, commerce and agriculture were in the utmost state of perfection, and civil government and politics well organized.

Now, all this great region is the habitation of desolation and shelters only the' nomadic Turkoman tribes and the wandering beasts of prey. The cities of that land, as Gorgan, Tassa, Abiavard and Shahrastan, were once famous in the world for sciences, knowledge, professions, wonders, wealth, greatness, happiness and virtue. Now, no voice or murmur is to be heard in all that land save the roar of ferocious brutes, and naught to be seen save the wandering wolves.