The Lawh-i-Qad Ihtaraqa'l-Mukhlisun is one of Bahá'u'lláh's most celebrated Tablets; it is possessed of great powers, and the believers often recite it at times of difficulties and suffering. Of this Tablet Bahá'u'lláh states in the Fire Tablet:

'Should all the servants read and ponder this, there shall be kindled in their veins a fire that shall set aflame the worlds.'

The Fire Tablet is in Arabic rhyming verse; it moves the heart when chanted in the original language. It was revealed at a time when great afflictions and sorrows had surrounded Bahá'u'lláh as a result of the hostility, betrayal and acts of infamy perpetrated by those few individuals who had once claimed to be the helpers of the Cause of God. Bahá'u'lláh pours out His heart in this Tablet and expatiates on His afflictions. For nothing brings more sorrow to the heart of the Manifestation of God than unfaithfulness and treachery from within the community. Imprisonment and all manner of persecution by the outside enemy can do no harm to the Cause. What harms it are the actions of those who bear His name and yet commit deeds contrary to His good-pleasure. These few breakers of the Covenant of the Báb, who followed Mirza Yahya and rose up against Bahá'u'lláh from within, created such havoc in the community and among the inhabitants of 'Akká that the Pen of Bahá'u'lláh lamented in this Tablet in a manner unprecedented in all His Writings.

An ancient inn in Zanjan where the Báb stayed 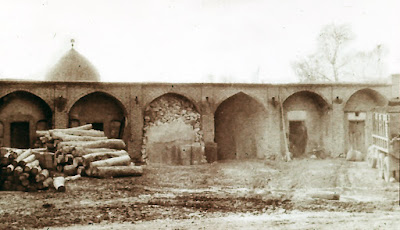 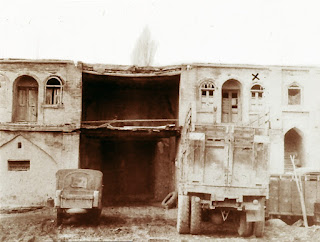 Views of the dilapidated inn in Zanjan, Persia, where the Báb stayed in a room on the second floor (here marked with an "X"). The inn since then has fallen disrepair and in 1970's was used as a sort of depot for trucks. (source: 'Land of Resplendent Glory', by the International Baha'i Audio-Visual Centre, 1971)

The Báb's journey from Shiraz to Isfahan 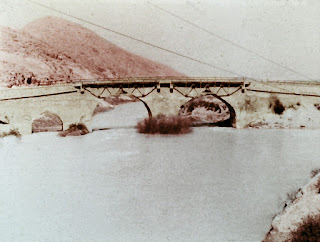 A famous 300-year-old bridge near Persepolis, Persia, that the Báb crossed on His way from Shiraz to Isfahan in 1846. (source: 'Land of Resplendent Glory', by the International Baha'i Audio-Visual Centre, 1971)

1945: National Spiritual Assembly of the Baha'is of the United States and Canada 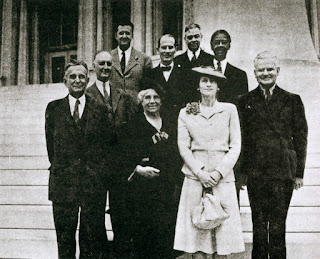 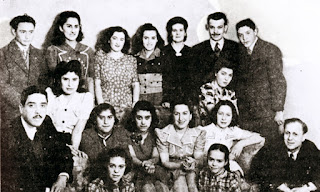 First public meeting for Youth held under the auspices of the Spiritual Assembly of the Baha'is of Punta Arenas, Magallanes, Chile, July, 1945. (The Baha'i World 1944-1946)