‘Abdu’l-Baha’s Tablet to the President of the First Universal Races Congress, held in London, England July 26-29, 1911

My Dear Friend: Your letter of invitation has been received, and I am much obliged for it. It is my utmost desire to be present at such a gathering, for I am thoroughly confident that beneficial results shall surely follow these meetings, and that they will become the means of establishing friendship and love among the world's different races. Thus the basis of enmity may be destroyed and the tent of unity of the world of humanity be raised throughout all regions.

I regret much that circumstances may prevent me from attending, but I will endeavour as much as lies in my power to attend. Failing to do so, pray excuse me.

With a sincere heart I supplicate at the Divine Threshold that this congress may be successful in founding a noble institution which shall be permanent and everlasting; that it may ignite a candle from which a heavenly light shall beam, and plant a tree whose fruit may be friendship, love and unity between all the children of men, so that conflict and warfare may be abolished, and patriotic, racial, religious and political prejudices become unknown. Peace should replace strife, enmity be superseded by love, estrangement annihilated, and unity established. Then what has been spoken of in the heavenly books will become well rotted in the hearts of all, and the glad-tidings of the sacred writings be fulfilled. In conclusion I offer my utmost appreciation and respect to such a blessed congress. 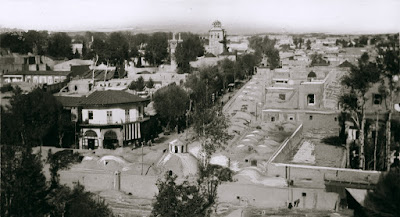 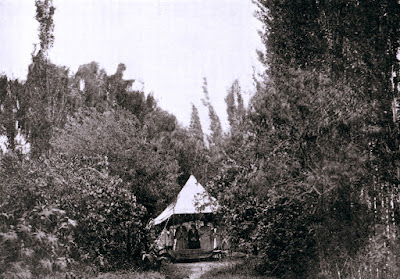 1863: Baha’u’llah reveals the Lawh-i-Fitnih (Tablet of the Test) in honor of Princess Shams-i-Jihan (granddaughter of Fath-'Ali Shah, the King of Persia)

The Lawh-i-Fitnih (Tablet of the Test) is another of Bahá'u'lláh's Arabic Tablets revealed in Baghdad, in honour of Princess Shams-i-Jihan. She was a granddaughter of Fath-'Ali Shah, and was known by the designation Fitnih. Her interest in the Faith began when she came in contact with, and became a close friend of Tahirih.

Shams-i-Jihan came to Baghdad, attained the presence of Bahá'u'lláh, recognized His station and became a devoted believer. The Pen of the Most High has revealed several Tablets for her and bestowed upon her the title of Varaqatu'r-Ridvan (The Leaf of Paradise).

The Lawh-i-Fitnih, as its title indicates, is all about tests and trials which are associated with the Day of God. In it Bahá'u'lláh alludes to His own Revelation and states that through His advent the whole creation will be tried; no soul will be exempt. All those who are the embodiments of piety and wisdom, of knowledge and virtue, every accomplished man of learning, the servants of God and His sincere lovers, the angels that enjoy near access to God, the Concourse on high, every righteous man of discernment, every mature embodiment of wisdom, even the realities of the Prophets and Messengers of God -- all will be tested.
Read more »

1985: The Universal House of Justice addressed a statement to the peoples of the world on the theme of peace

On October 24, 1985, the Universal House of Justice, the supreme governing body of the Baha'i Faith, addressed a statement to the peoples of the world on the theme of peace.