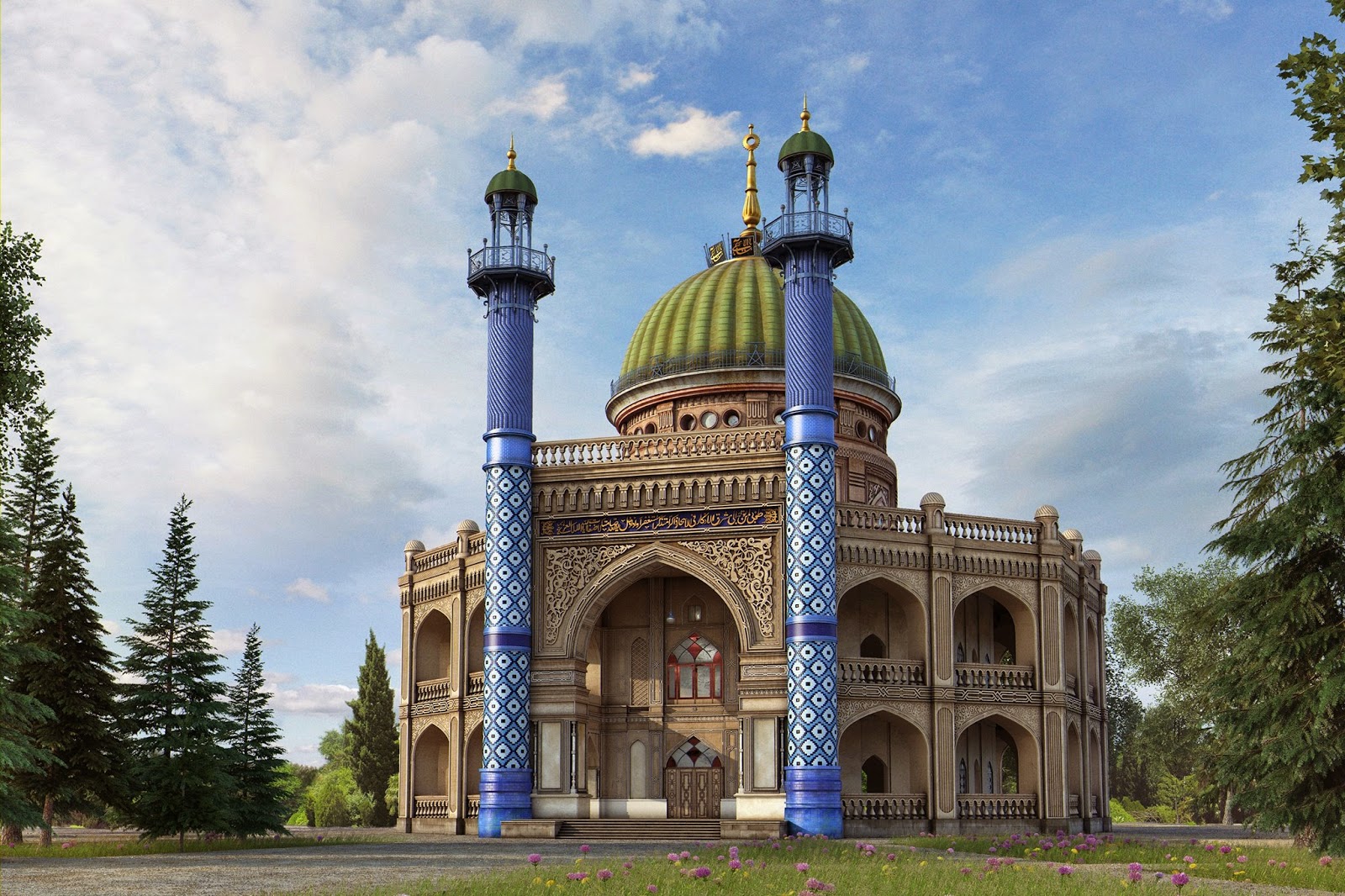 A colorized model based on historical research – (not authenticated)

The Bahá'í centre in 'Ishqabad was founded in the days of Bahá'u'lláh. Already during His lifetime preliminary steps had been adopted by the friends of that community to build, in accordance with the provisions of the Most Holy Book, a Mashriqu'l- Adhkar.

However, the project had to be postponed until 1902, at the end of the first decade of the Ministry of 'Abdu'l-Bahá, when He initiated its construction, called on the friends in the East to offer their contributions towards the fulfilment of this goal, and personally encouraged and directed its development at every stage. The Báb's cousin, the venerable Haji Mirza Muhammad-Taqi, the Vakilu'd-Dawlih, offered his total wealth towards this meritorious enterprise, established his residence in that city, and personally supervised its construction.

The laying of the cornerstone of this edifice at a ceremony attended by the delegate of the Czar -- the Governor-general of Turkistan -- and the initial steps taken to raise this first House of Worship of the Bahá'í World, inspired the friends in America, who, in 1903, eager to demonstrate the quality of their faith, petitioned 'Abdu'l-Bahá for permission to erect the first Mashriqu'l-Adhkar of the West.

In addition to the Temple itself, two schools, one for boys and one for girls, and a pilgrim house were built. The local community, and the activities of the friends throughout the provinces of Turkistan expanded and developed in stature until 1928, when the law expropriating religious edifices was applied to this Temple. However, under the terms of two five-year leases, the Bahá'í community was permitted to continue to use the building as a house of worship. In 1938 the Temple was completely expropriated and converted into an art gallery.

In 1948 violent earthquakes shook the whole town causing devastation and ruin. The building was seriously damaged. The only section which remained relatively secure was the central rotunda. Heavy yearly rains further weakened the structure to such a degree as to endanger the safety of houses in the vicinity. It was at this point that the authorities decided to demolish the remaining edifice and clear the site.