1946: National Spiritual Assembly of the Baha'is of the United States and Canada 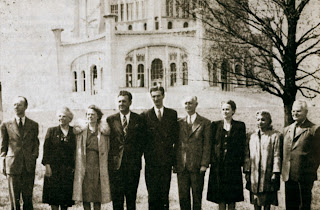 National Spiritual Assembly of the Baha'is of the United States and Canada at the 1946 Annual Baha'i Convention, Wilmette, Illinois, USA. (The Baha'i World 1946-1950)

One of the earliest photographs of the Shrine of Baha'u'llah in Bahji, Akka, Israel 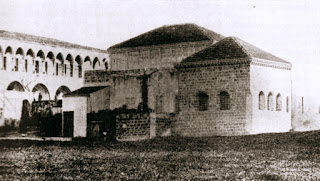 September 2007: Passing of Last Hand of the Cause - Dr. Varqa

To the Bahá’ís of the World

In the early hours of last night, revered, greatly admired, well-loved Hand of the Cause of God Dr. ‘Alí-Muhammad Varqá departed this earthly plane after a period of outstanding, consecrated service to the Blessed Beauty that spanned many decades. With grieving hearts we bid farewell to the last of that noble company, the Chief Stewards of Bahá’u’lláh’s embryonic World Commonwealth, into which he is now gathered in realms of deathless delight and joy. The fervor of his love for the teaching work inspired countless believers across the globe, whether at the events he attended as the representative of the Guardian or of the Universal House of Justice, or in his extensive travels to promote the goals of the Master’s Divine Plan. In such activities he contributed mightily to the progress of the Ten Year Crusade and subsequent global teaching plans. Until his final days, he was leonine in his determination to protect the Faith. He wore with marked distinction the mantle of Trustee of Huqúqu’lláh that fell to him from the shoulders of his illustrious father, impressing a record of imperishable achievement on the annals of the Formative Age—achievement which has set a pattern that secures important features for the operation into the future of that divinely ordained institution. Throughout the many years of his valiant endeavor to maintain the integrity of the two offices of so high a rank to which he was simultaneously elevated, his manner was imbued with a luminous gentleness, a genuine kindliness and a natural dignity which combined to reflect the character of a saintly personality. For these exemplary traits he will ever be remembered. Our heartfelt sympathy reaches out to the members of his dear family in their sad loss, which is shared by the entire Bahá’í community. With deeply held trust in the bounties of the Gracious Lord, we pray at the Sacred Threshold for the progress of his resplendent soul throughout the divine worlds.

We advise the friends in all lands to commemorate his passing and request befitting memorial services in his honor at all Houses of Worship.

The Universal House of Justice 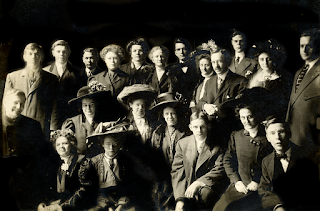 circa 1918: Three future Hands of the Cause with a travelling Baha'i teacher 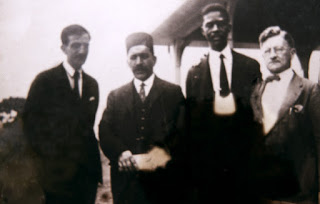 circa 1903: Mirza Abu'l-Fadhl with some Baha'is in America 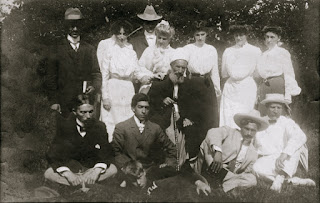