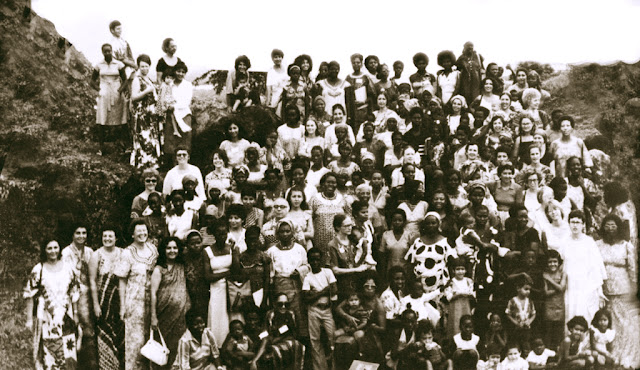 West African Baha'i Women Conference, December 28, 1978, Monrovia, Liberia. Sixteen countries sent delegates to the conference. The United States, Germany and Spain's representatives joined those of the West African nations. The conference was conducted in English, with French, Mano and Pelle translations; a total of 23 languages were spoken by the 150 women and 50 men who attended the conference.
(Baha'i News, April 1979)