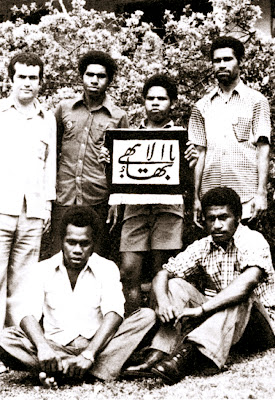 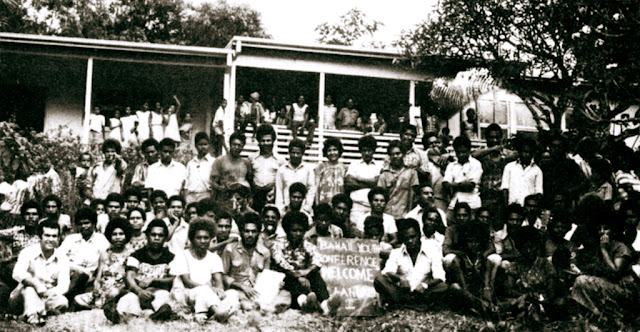 For the first time in the history of the Faith in Papua New Guinea, a National Baha'i Youth Conference was held in October 1978 near the capital, Port Moresby. The two-day conference was planned and conducted by the country's first National Baha'I Youth Committee, appointed in July l978 by the National Spiritual Assembly of the Baha’is of Papua New Guinea. More than 100 believers from 19 communities, the majority of them youth, attended the conference. Publicity included two announcements on Papua New Guinea's national radio station. The conference included deepenings on Baha’i administration, Baha’i consultation, teaching the Faith, Baha’i principles, and the significance of the Faith in today's troubled world. Although pioneers from Port Moresby and Kwikila assisted in the program, most of the talks were given by the youth themselves. During an evening social meeting, traditional dances were performed and slides of Baha’I Holy Places shown. As a result of the conference, four persons in Port Moresby declared their belief in Baha'u'llah.
(Baha’i News, June, 1979)