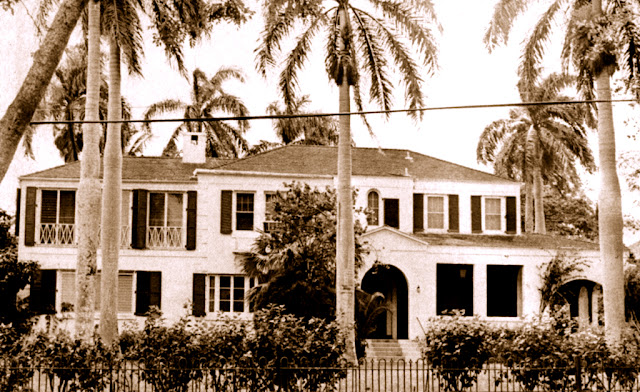 Negotiations for the acquisition of a building which is considered a landmark by Bahamian citizens were completed in Nassau at the end of January [1975], during a visit by Glenford Mitchell, Secretary of the National Spiritual Assembly of the Baha'is of the United States. The structure, built by a former prime minister of the country, will serve as the National Haziratu'l-Quds of the Bahamas. Ideally located in the heart of downtown Nassau, the building is situated on a spacious lot which also includes a number of smaller buildings. It is well-landscaped and attractive, with a covered archway leading along the side of the building from the front to the back area. The visit of Mr. Mitchell also provided an opportunity for extensive proclamation of the Faith, with a half-hour program taped by Carl Bethel, program director of the government-owned radio station, WZNS, and an hour-long visit with Leon Turnquest, editor of the Nasseu Guardian.(Baha’i News, February, 1975)