More than 10,000 Baha’is attended the First National Baha’i Conference of the Five Year Plan (1974-1979) in St. Louis, Missouri, USA during August 29-September 1, 1974…. The Hand of the Cause of God Amatu’l-Baha Ruhiyyih Khanum attended as the representative of the Universal House of Justice. (Baha’i News, September 1974) 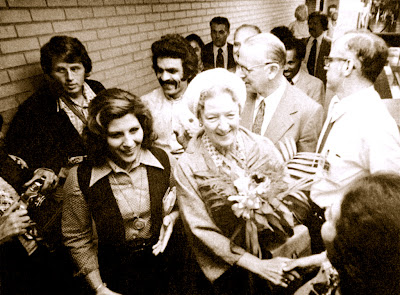 The Hand of the Cause of God Ruhiyyih Khanum being greeted by fellow Hands of the Cause, US National Spiritual Assembly members and the friends upon her arrival at the St. Louis airport. 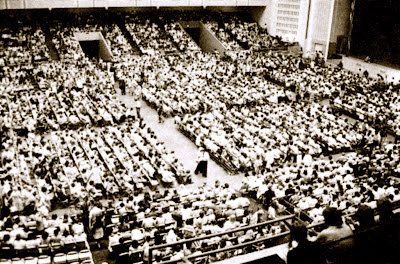 A view of the arena of Kiel Auditorium during one session of the First US National Baha'i Conference of the Five Year Plan. 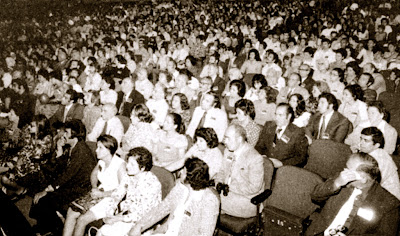