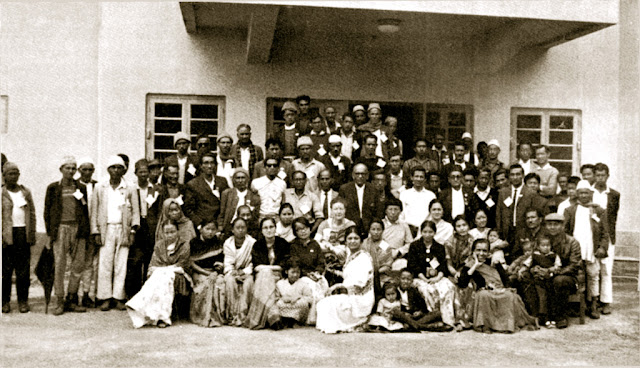 The historic first Baha'i National Convention in Gangtok, Sikkim, April 30 - May 2, 1967. 'Amatu'l-Baha Ruhiyyih Khanum, special representative of the Universal House of Justice, is shown in second row, center. Of the 58 delegates 33 were present and fifty-four votes were cast. This tiny state situated in the Himalayan mountains had approximately 3000 believers in 1967 and 48 local spiritual assemblies. (adapted from Baha'i News January 1968 and March 1968)