First National Convention of the Baha'is of the Malagasy Republic 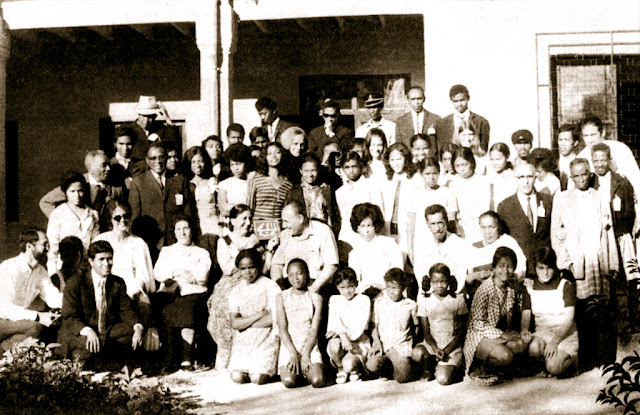 During Ridvan 1972, the historic first National Convention of the Baha'is of the Malagasy Republic was held. This is located to the east of Africa, the Island of Madagascar. The photographs were taken in fron of the national Haziratu'l-Quds in Tananarive. The Universal House of Justice was represented by Hand of the Cause Dr. Muhajir. Among those attending were: Continental Counsellor S. Fatheazam; Auxiliary Board member R. Thandrayen, E. Lutchmaya representing the mother Assembly, that of the Indian Ocean, and the Mother-Pioneer of the Island, Mrs. M. Munsif. (Baha'i News, November 1972)